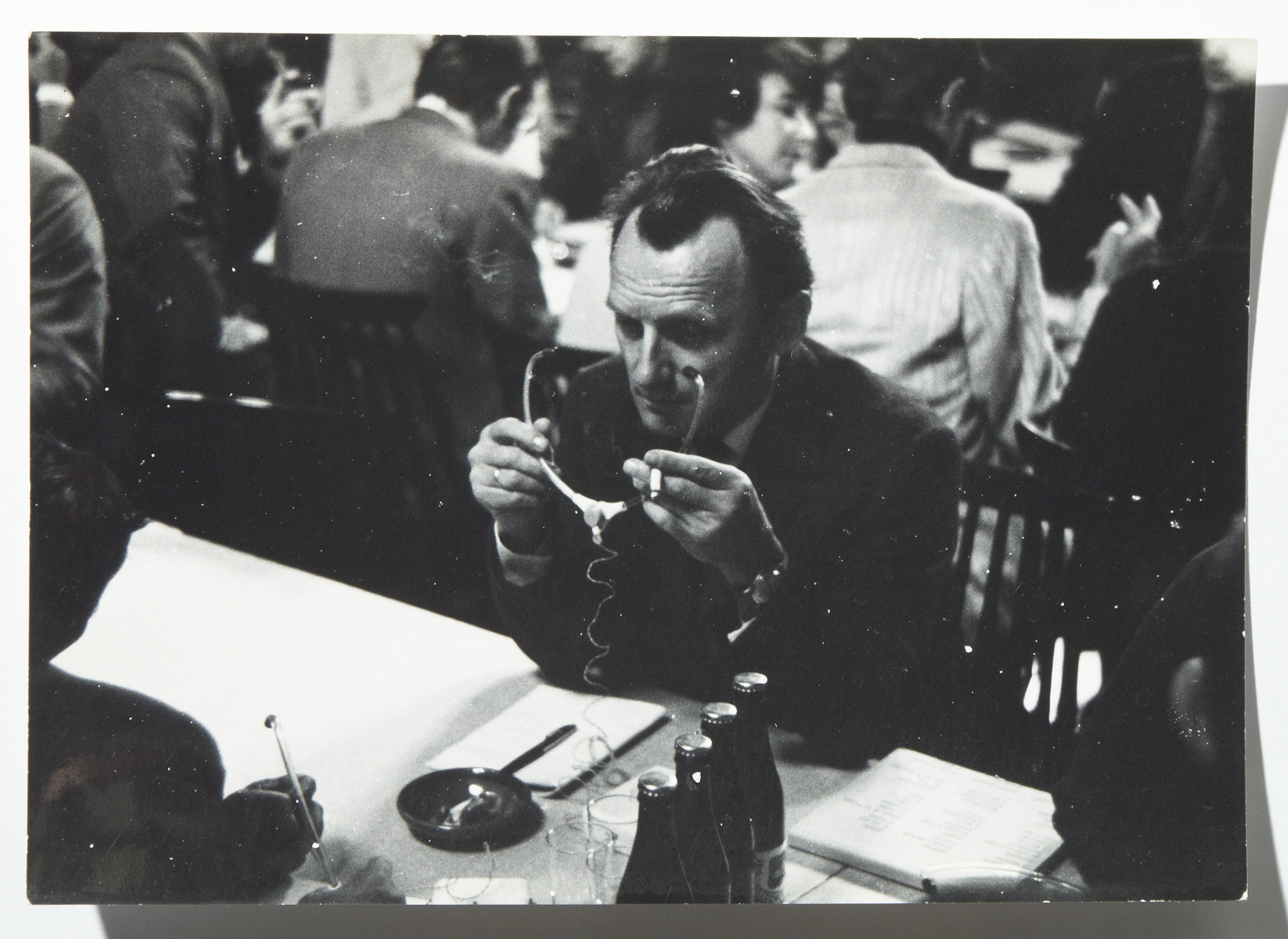 He was born in Krobia in Wielkopolska in a family with a long tradition of carpentry, which was started by his great-grandfather Jakub Węcławski in the middle of the 19th century. His workshop was taken over by his son-in-law Franciszek Hałas, who taught his son Teofil the trade. The latter built a furniture factory in 1922. Family tradition was continued by Teofil's sons - Zygmunt and Rajmund Teofil, who after studying in Carpenter's and Woodworker's Gymnasium in Cieplice Zdrój, received a diploma of master carpenter.

In 1951, Rajmund T. Halas began studies at the State Higher School of Visual Arts (PWSSP) in Poznan at the Interior Design Department, crowned with a diploma under the direction of Professor Jerzy Staniszkis.

After graduation he joined the furniture industry, heading the Furniture Design Studio which worked for the entire industry. At that time he designed, among other things, THE CHANGEABLE HEIGHT TABLE (1959) and a group of chairs: RED - WHITE - BLACK (1957-62).

In 1960 he founded the Koło group together with Czesław Kowalski (author of MEBLOŚCIANKA KOWALSKICH), Leonard Kuczma and Janusz Różański. The group initiated efforts to organize the Furniture Biennial in Poznan. After nearly twenty years (1978), the Organizing Committee of the 1st International Furniture Triennial was established.

In 1964 he was on scholarship at the Helsinki Institute of Industrial Arts, and a year later in Great Britain. There he came into contact with artists of such caliber as Alvar Aalto and Gordon Russell. After returning to Poland, his travels to the West resulted in establishing the Chair of Industrial Design at the Academy of Fine Arts in Poznań in 1971, where he headed the Inspirational Design Studio. Until the end of his extremely active life, he was associated with the Poznań school. On his professorial retirement, he was a consultant at the Chair of Design and lectured at the Faculty of Architecture and Design on the history of architecture and design.

On the initiative of Marek Halas, nephew of the Professor, in the buildings of the former furniture factory of his grandfather Teofil in Krobi, the Museum of Carpentry and Bishopsgate was established under the patronage of Rajmund Teofil Halas.