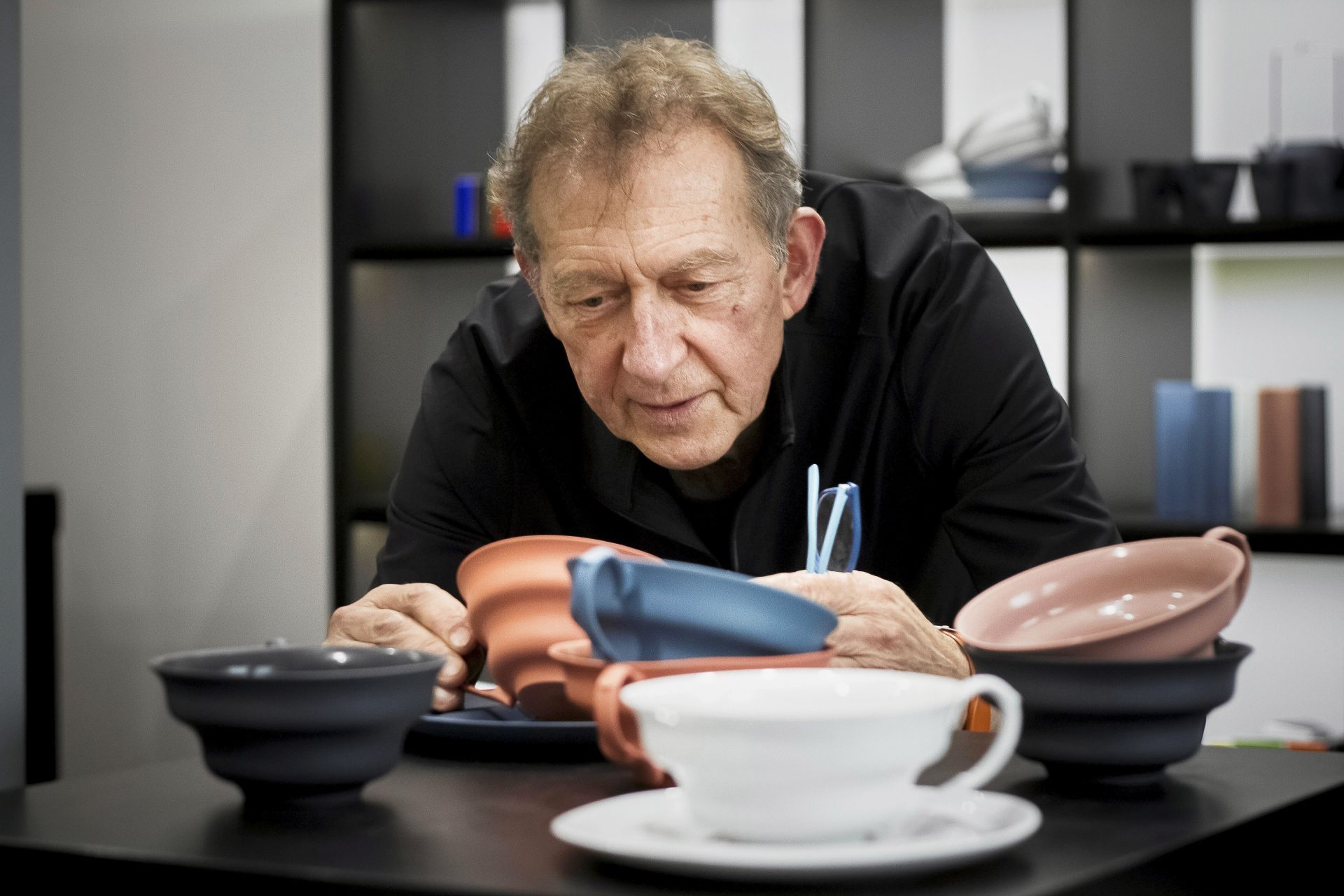 "I took up ceramics because as a medium it has the quality of being something utilitarian but also something artistic. A plate can lie on a table and fulfill its utilitarian function, but it can also hang on a wall where it turns into a painting."

In his work the boundaries between design, craft and sculpture practically do not exist. A meeting with Marek Cecula is an intellectual feast: his numerous experiences, travels, passion with which he treats his work and art, curiosity about the world and joy resulting from getting to know it anew make the conversation last forever. Whether he is talking about his new project, about a material he has suddenly discovered that inspires him, about contemporary theater or ancient music or oriental cuisine - everything becomes a fascinating adventure.

He was born on 23 April 1944 in Częstochowa and lived in Kielce. He was 16 years old when he emigrated to Israel. Then there was Brazil, and since 1976, New York. There he founded Modus Design studio and Contemporary Porcelain gallery. He was dean of the Ceramics Department at Parsons School of Design in New York (1985-2004), and guest professor at the National Academy of the Arts in Bergen (2004-2010). He moved his Modus Design to Poland in the late 1990s.

In 2012, he opened Design Centrum Kielce and a year later Ćmielów Design Studio, of which he is the artistic director.

Everything he knows about ceramics (and he knows a lot!), he learned "on the road", gathering experience on different continents. Now he shares them with students of prestigious universities. He says about himself that he is self-taught with the title of professor. The story of his life is material for a fascinating film inscribed in the wartime and postwar fate of Polish Jews, but also in the countercultural revolution of the 1960s and the political breakthrough of the 1990s in Eastern Europe. Cecuła adds his own chapter to them marked with important artistic statements. The list of individual exhibitions, awards, collections in which his works can be found is material for a thick book.

nowymodel.org is honored to have the opportunity to work with a Personality of this format.